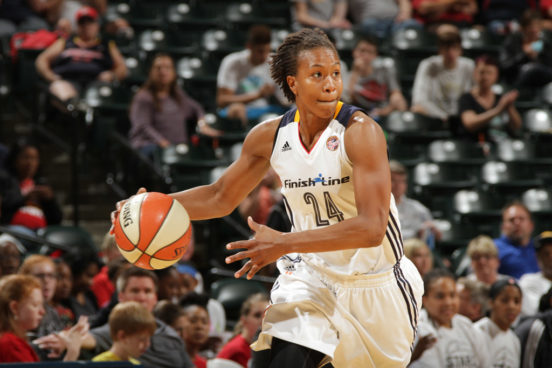 I recently attended the Legacy luncheon for Tamika Catchings, a personal friend. I was witness to an outpouring of accolades and well wishes for her final season as the leader of the WNBA Indiana Fever basketball team. The day was declared Tamika Catchings Day in Indianapolis by Mayor Joe Hogsett, and she accepted a Sagamore of the Wabash award from Governor Mike Pence.

I have to say that it’s about time. Tamika has been quietly doing amazing work for our community outside her professional career for over 15 years. Although she is known for her tenacious athleticism on the basketball court, many people do not know her work with Catch the Stars Foundation (CTSF). Tamika founded CTSF in 2004 to empower youth to achieve their dreams through goal-setting programs that promote fitness, literacy, and mentoring. The foundation meets needs through a specific emphasis on supporting and assisting under-served and low-to-moderate income communities throughout Indianapolis.

Tamika has had a tremendous impact on so many lives in Indianapolis, instilling a sense of self worth and purpose to the children who attend her camp. She teaches life skills in addition to basketball skills for the game she loves.

I have wondered for a long time why we haven’t seen more of Tamika, why the City doesn’t embrace her the way we embrace men such as Peyton Manning and Reggie Miller. Is it the media not taking notice, or the fact that women’s professional basketball is still growing in popularity? Whatever the reason, media take note: 2016 is her legacy season. On May 29 she will embark on a 12-city Legacy Tour with the intent to establish a legacy of giving. She plans to expand the reach of CTSF into every WNBA market. Her goal is to raise $100,000 in support of this worthy cause. 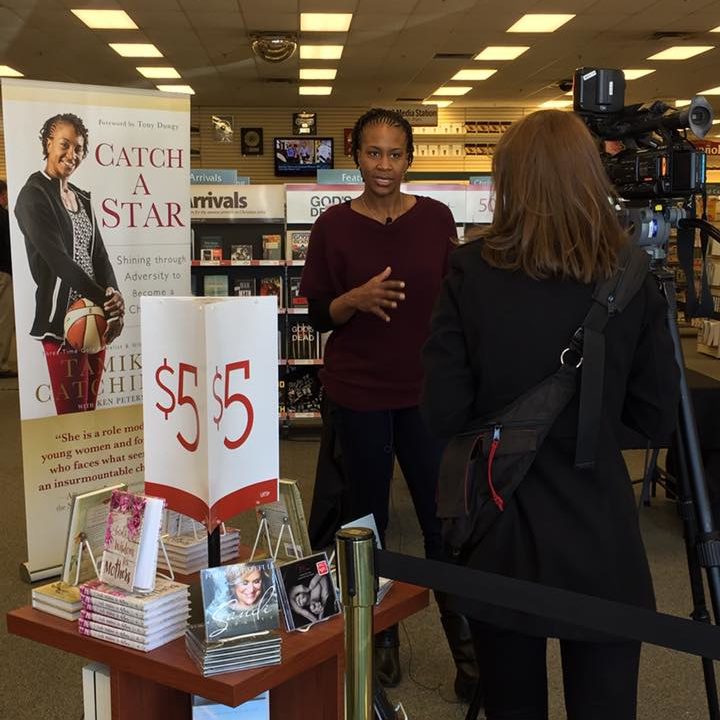 I encourage everyone to spread the word about her goals and accomplishments — in sports and in life. Tamika has written two books: Dreams are for Catching, for children, and her newest release this year, Catch A Star: Shining through Adversity to Become a Champion, co-written with Ken Petersen. Tamika is number 24 out on the basketball court, and number one in my book — a great female athlete and the kind of person I hope we all grow up to be. She has excelled in her career and more importantly, she has excelled at giving back with grace and humility.

So let’s raise her up while she is here with us, let’s celebrate her legacy season for the Indiana Fever with more recognition and more appreciation. Let’s support her efforts, attend the games and learn what we can from her, wish her well, say thanks and propel her into the next chapter of her career.

* All times LOCAL. Dates may not coincide with Catchings’ final game in each city.

Note:  you can also support Tamika and CTSF at the Scholar Athlete Dinner on Thursday, May 12, 2016 at the Hyatt Regency Indianapolis.  For tickets, visit www.CatchTheStars.org

Photographs courtesy of Indiana Fever and Catch The Stars Foundation